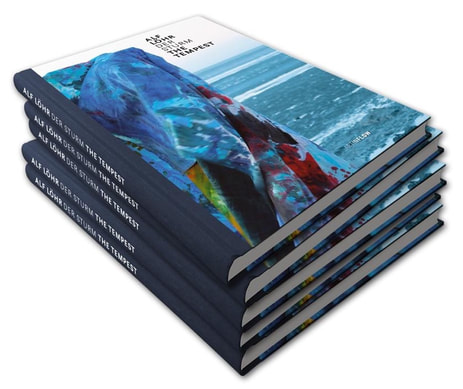 CV:
Born in 1957 in Germany Alf Löhr trained as an artist at the Academy of Modern Art in Düsseldorf with Ullrich, Reusch, Heerich, Richter and Beuys and moved to London where he received a Ph.D. at the Royal College of Art for his public art projects. Continuing his research in this area with the support of the Alexander von Humboldt Foundation he moved to Seattle and San Francisco in the following years, where he was visiting Prof. at the School of Art and a fellow to the Department of Comparative Literature at the University of Washington, focusing on post modern conditions to socially engaged process orientated art in the U.S. During his tenure he organized international conferences on public art, “ Can artist make a difference”.

On his return to Europe Löhr taught as a senior lecturer at the Environmental Art Department at the Glasgow School of Art and took a leading role as a board member of the German artist association Deutscher Künstlerbund in Berlin and the international artist association IGBK.  He was awarded the UWIC  Fellowship in Cardiff where he founded Art and Ecology Research Projects, an initiative to enable interdisciplinary projects for artists with industry and professionals. In Britain he carried  out large scale public art projects for Roles Royce Turbine Manufactures, the Michelin tire company, the county of East Kilbride, the cities of Edinburgh andcollaborated with Hermes, Paris and  Studio&Partners, Milano.

From 2006 to 2008 Alf Löhr was made visiting Prof. of painting at the Monash University in Melbourne which allowed him extensive travels through the Australian desert. The confrontation with such wilderness provoked a determination to focus solely on his life long passion for painting. He returned to London in 2008 and took a studio in Bloomsbury and lately in Whitstable, Kent, where he paints large abstract works on paper and canvas that capture time and fluidity.

Löhr’s abstract paintings orchestrate on mostly large canvases a complex interaction between color, form and pictorial space. He works with many layers of paint on paper or canvas, mostly translucent which in the process of painting are sometimes removed again and replaced by new ones. The entire chronology of his working process remains visible through the formations of overlapping, translucent layers of paint.

Polyfocal space:
​
For just as a poet writes a poem or a composer a song, Alf Löhr as a painter, uses colour and canvas in order to create something new in his own language, and thus to add something to the world. The polyfocal space, the ordered line, the contrary motion, the rhythm, the sustained tone, the melody or the amoeba-like form guide the viewer through unknown spaces, and all of a sudden we feel ourselves placed in dialogue: the painting and I.

The American critic Dr. Mark Bartlett writes:
Löhr’s work embodies the keenest of contradictions that make us human. His works articulate these themes with extraordinary precision, and passion. They tap into the liminal zones where our desires are formed. They suggest ways that we can go beyond limits and ourselves. It is a form of transgression that allows us to feel and see the world anew.